Spice (K2) or, synthetic marijuana is a mix of herbs and man-made chemicals with altering effects. Spice products contain drying plant materials, but chemical analyses show that their active ingredients are synthetic (or designer) cannabinoid compounds, hence why it’s often referred to as “synthetic marijuana”. As with all drugs, there are physical and psychological effects that come with use. Side effects of spice addiction can include:

In extreme cases – either from physiological effects or prolonged use, some side effects may be more severe. These include:

Spice gained popularity mainly due to the fact that it wasn’t classified as an illegal substance. Teens, military members, and individuals recently released from prison used the drug mainly, due to the fact that it could be bought in stores and they would still pass drug tests after using the drug. However, the drug has since been banned in the military, and in 2012, Obama signed the Synthetic Drug Abuse Prevention Act, essentially labeling spice as a schedule 1 drug – making it illegal.

If you or someone you know is struggling with addiction, it’s important to seek help immediately. Nothing can be gained by continuing down the path of destruction – the destruction of health, relationships, family, livelihood…

It’s never too late. Recovery Help Treatment has a network of treatment centers and resources available. Contact us to speak with a specialist who can help get you back on track to a healthy, productive life. 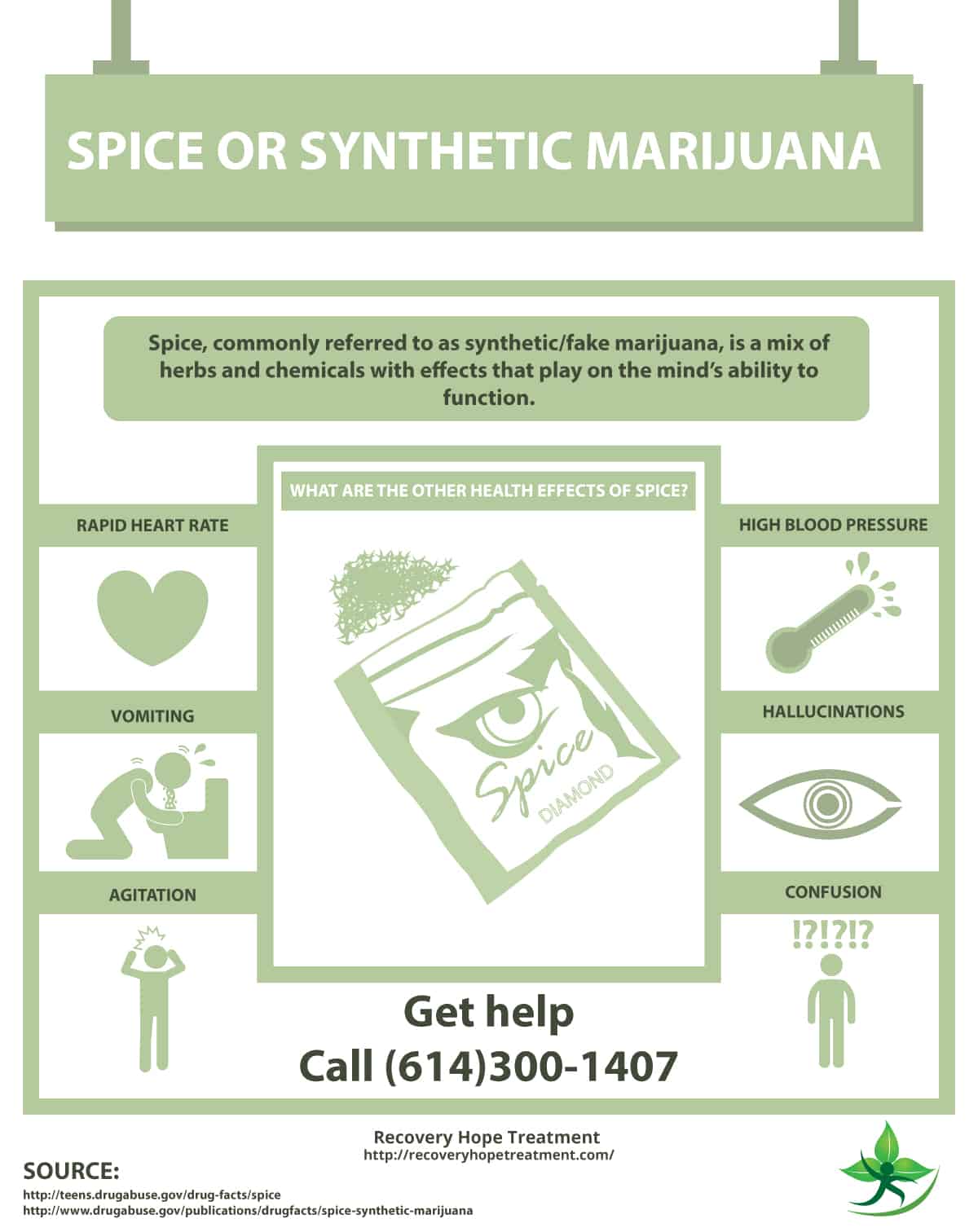